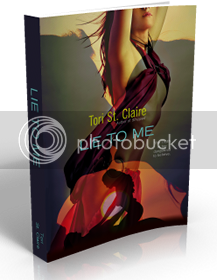 A man of action…


After helping to break up a Russian human trafficking ring as part of the CIA’s elite Black Opal team, Alexei Nikanova’s newest assignment is to rescue one of the stolen women and return her to her father. When he arrives in Dubai, he discovers his target is Sasha Zablosky—a woman he knows all too well, and who has haunted him ever since their one unforgettable night together. But he finds Sasha reluctant to leave her Sheik, the only true friend she’s ever known. Only Alexei can’t give her a choice.


A woman of deception…

With their yearning roused by intrigue, Alexei and Sasha can no longer resist and spend night after night in forbidden pleasure. Soon Alexei finds himself falling for her even as he battles a shadowy menace to protect her. But Sasha is no innocent. She has a past darker than she could ever admit or that Alexei could ever forgive. And it is about to explode into her life once more. Now, as the lies they tell themselves—and each other—pull them deeper into a perilous desire, what began as simple passion becomes a love certain to destroy them and end the lives of countless innocents.


This is my first Tori St Claire book. You never know what to expect when reading a new to me author. It's kind of exciting but a little scary because i hate finding that i don't care for the book. Don't we all want a winner when we read a book? Tori St Claire gives up a sexy, seductive, action packed book with Lie to Me! Both Sasha and Alexei ( love that name, so sexy) have some pretty big inner demons raging around in their heads. Unfortunately neither one really tells the other one the black parts of their pasts. It's a lasting barrier throughout the book til the end.  There's a lot of berating of themselves by themselves and a lot of misunderstandings. The sex scenes were many and super hot. I think that there could have been fewer of them though. It was a bit to much sometimes. Not that those scenes weren't superbly written it just seemed with all the action going on that the sex scenes took away from the pacing of the book a bit. I hope i explained that OK. I really enjoyed the story though and i thought a time or two i could see where it was going but i was sadly mistaken. I hate when you can figure out exactly where the author is going in a suspenseful book.  I loved all the secondary characters as well. It was exciting and unpredictable and the ending was pretty perfect for me. 4 out of 5 Modokker Book Pick Stars for Lie to me by Tori St Claire.

Find out more about this series and Tori St Claire on her website here www.toristclaire.com You can also read a excerpt there.