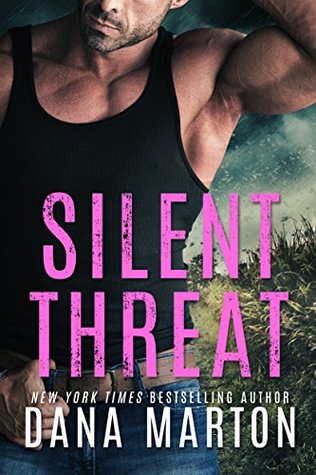 
A former Navy SEAL, Cole Makani Hunter has returned home from a disastrous black ops mission without his best friend, his hearing, or the use of his right arm. So when his ex–commanding officer assigns him to an undercover mission at a rehab center for vets to discover who leaked sensitive military information to an enemy, he’d rather be anywhere but there. Almost immediately, Cole finds himself at odds with Annie Murray—a peace-loving ecotherapist whose dream is to open an animal sanctuary out of her home. While the two seemingly have nothing in common, their spirited arguments soon fuel a passion for each other.
But just as things begin to heat up between therapist and patient, dangerous complications arise. So does the past—and a shocking revelation that puts Cole and everything he now holds dear in the path of a murderous traitor.
Romantic suspense was one of favorite genre's for years. I finally got a bit burned out on it. Not for lack of great romantic suspense books out there to read just needing a change of pace for a bit. I still read the occasion one but not like i used to.  Dana Marton gives us a great story with Silent Threat. One of my favorite things are military heros and heroines. Cole is a Navy Seal seriously injured in the line of duty. He's dealing with hearing loss and a right arm that is not fully functioning anymore. It doesn't stop him from being the bad ass he has always been. Even though he's suffering dealing with own injuries and coming to terms of what his life might be like now he still puts himself out there for others. Even when he really doesn't want to. Annie has a stalker. She knows who he is but really for me wasn't trying to hard to shake him off. Then stuff starts happening and she wonders if she hasn't got more than one. Cole and Annie clash from the beginning but no matter what happens keep getting drawn to each other. Annie is taking her own hits in her personal life but she's a giver at heart so nothing slows her down. I liked these characters. I became invested in them by the end of the book. Cole and Annie have/had so many obstacles in their lives and yet still try to be positive. Try to do what's right and try to be the best they can be and help others. The only thing i had issue with was the author using Cole's full name often. It seemed forced. It's used in the beginning to show his Hawaiian roots but it's not needed after that. I hope we get to see more of Cole and Annie in the follow up books in this series. I loved that the author added a epilogue at the end of the book. It was awesome to see what happens after THE END is written. I think Dana Marton might have brought me back to romantic suspense again! 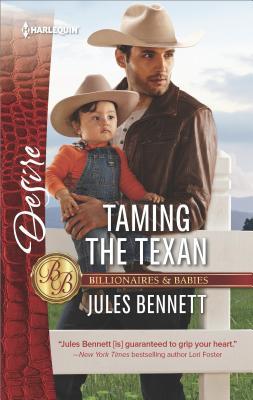 Stranded with a rich, rugged rancher...Single mom Alexa Rodriguez's first child-free vacation in years is supposed to be low-key. But then she meets brooding Texas rancher Hayes Elliott. Heir to an empire and suffering deep emotional pain, he tries to push her away--even as she craves his touch. And when a storm strands them together, their undeniable chemistry explodes. Now Alexa finds herself introducing Hayes to her precious son, imagining herself in Hayes's world and keeping secrets that could destroy everything...

This book in another in the Elliot brothers Rancher's Heir series. This time we finally find out how military vet Hayes is doing, He's been a bit of mystery until now. Alexa is supposed to be staying at the ranch B&B. After just getting there she decides she wants to go for a ride so she heads to the stables and runs into Hayes. He might be more of loner than anything else these days but he's still a gentleman so he agrees to take her out.  When a bad thunderstorm breaks out they find themselves at Hayes home where there is no place for either one to hide. I loved these two together. No matter how broken Hayes thinks he is he's still this great guy. He refuses to see it.  Being stuck with no place to go eventually leaves him no choice but to face his demons and letting Alexa in. I think one of the best parts of this book is when Hayes finally meets Alexa's little boy and it's like he's always been a part of his life. Enjoyable as a stand alone but better if you read the previous books first. Great weekend reading!

eARC Book review: After Hours (The Boardroom #1) by Lynda Aicher 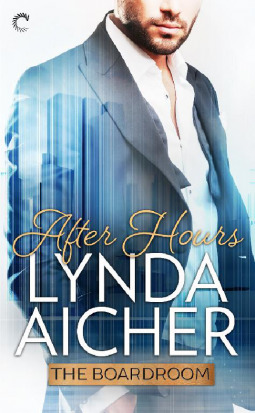 
The Boardroom. After hours, it’s where Bay Area moguls indulge their fantasies. Ties are loosened. Inhibitions, too.
Assistant Avery Fast watched from a distance, mouth gaping, blood roaring wildly in her ears as she stared at the naked woman on the table before her. At executive Carson Taggert ordering a man to pleasure her. It made her feel guilty, embarrassed…and hot.Carson watched and waited. Waited for Avery to notice him in the Boardroom. Waited for her to like what she saw. Waited to see what she’d do the next day. And the next. He couldn't let her go—not when she'd seen what goes on in the Boardroom. He couldn't stop thinking about the desire in her eyes, the flush on her cheeks, her obvious arousal.Getting her to join was easy. But now Carson wants Avery all to himself.


This was a interesting read for me. It's been a while since i read an erotica that caught my attention like this. I don't believe i have read this author before either. Avery sees something in the boardroom of her office after work hours. Instead of running away she stays and watches until she's caught. What she sees excites and confuses her. Carson is seemingly a alpha type male and part of a sex group called The Boardroom. He's had a eye on Avery for a while then when she sees him telling a man what to do to a naked women in the boardroom he thinks he might have finally got a chance based on her reaction. There is some phenomenal sex scenes, some alpha male bossiness and rethinking of how both Carson and Avery see themselves. I loved both Avery and Carson. They just clicked for me. Carson thought he knew what he was doing with Avery but then something changes and suddenly things were not so simple and casual anymore. Then it all fell apart. Looking forward to seeing where this author goes next with this series. 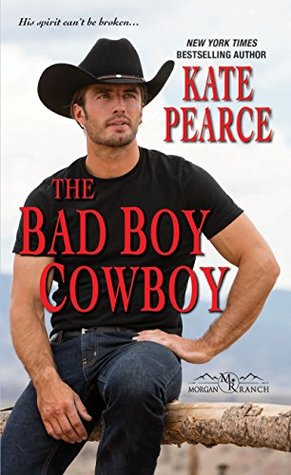 Professional rodeo cowboy “HW” Morgan has finally achieved his dream of competing in the national rodeo finals—but his career has come at a price. His twin brother wants nothing to do with him and a string of hookups haven’t warmed his bed. He’s got to get his head on straight—and the only place to do that is at home, if his family will have him. Samantha Kelly isn’t sure what she’s doing at a new dude ranch. The army veteran is barely back on her feet again, still struggling to rehab an injury. But she’s willing to give equine therapy a try, even though her riding instructor is bold, brash, and distractingly easy on the eyes. As she and HW warily try to work each other out, slowly and surely an unbreakable trust is built—one on which dreams can be built . . .

This is the 4th book in this series and i think my favorite. I'm not sure why other than I really liked HW and Sam and i really didn't care much for HW in previous books. HW is not a favorite among his family. He almost burned his bridges home when he finally figured out he was going down a bad path, He's decided he's done with the rodeo and wants in on the family business but no one takes him seriously. Samantha Kelly is a military vet with a prosthetic foot. She's been having a rough time getting her life on track after her devastating injury but is slowly finding her way. A friend recommends her to the Morgan's when they are looking for feedback on their new dude ranch. Hoping to get away from her family for a bit and get away she jumps at the chance. HW gets to teach her how to ride again and the two bang heads right from the get go. I loved these two. HW and Sam have to face some truths about themselves and their pasts while coping with their new paths in life. Some sweet and sad, heartbreaking moments in this book. Can't wait to see what happens on the Morgan's ranch next!

Christmas wedding bells are ringing!Everyone in Royal, Texas, now knows former special agent Gabe Walsh’s connection to the blackmailer terrorizing the town. And Gabe’s suddenly guilty by association. Worst thing is, Chelsea Hunt blames him for the compromising photos of her that everyone’s talking about. But since he and Chelsea are planning the Christmas wedding of their best friends, Gabe has many opportunities to show the sexy cowgirl just what a good guy he really is. And apparently he’s pretty convincing, because she soon winds up in his bed! But is this just a holiday fling or the real thing?

Gabe Walsh is fighting for his reputation and that of his security company after his only relative a uncle is found to have been the one terrorizing the town of Royal where he lives. The Uncle's dead now but he's left a mess in his wake that Gabe is trying to clean up. Chelsea Hunt is someone Gabe admires and likes and she was one of the biggest victim of his uncles. Gabe's attracted to her but he doesn't trust in love anymore after the last person he loved turned out to be a spy working against him in his former job with the FBI. Chelsea has her own demons when it comes to love and trust. Her mother walked out on the family and her dad died of a broken heart. When they decide to have a fling for a few weeks while helping to get their friends wedding together what could go wrong? They aren't relationship people right? I liked this story. It's a continuation of a series by other Harlequin desire authors. It's a little hard to get into without reading the other previous books but the basics are covered well enough on history to get the gist. Gabe and Chelsea are perfect for each other. I loved watching them get together and learn to trust again. It's a quick read with a little over 200 pages. Perfect for the hectic holidays when you need to get away from reality a bit and sink into a juicy romance.