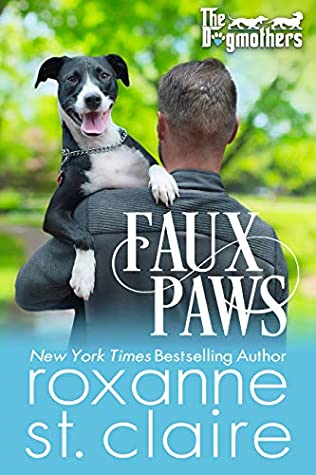 Available now
eARC Provided by author
At a personal and career crossroads he never expected, Navy nuclear engineer Theo Santorini faces the fact that his once charmed existence isn’t so charmed anymore. Then, on a cross country trip, he saves a desperate and abused dog, hoping he can turn around both their lives. When he arrives at Waterford Farm in North Carolina with his rescue, Clementine, Theo’s matchmaking grandmother and her best friend immediately launch a plan to help both man and dog. Theo doesn’t hate their idea of getting an assist from a beautiful, enigmatic “pet psychic” while he figures out his next move. But the woman’s preposterous claims that she can read an animal’s mind seriously test an engineer who lives for logic and flees from feelings.After bolting from the church when she learned the groom waiting at the altar had cheated on her, Ayla Hollis can now add “runaway bride” to her short resume. But this perennial people-pleaser has broken free from her stifling upbringing and is finally ready to begin a new life. She’ll start by openly admitting to the world that she has a gift that might seem bizarre to some, but she can help animals, and in a town that loves dogs, that makes her a local hero. Her first “patient” is an emotionally damaged stray dog held in the strong arms of a handsome, but skeptical, owner. Ayla soon finds it can be much easier to understand an animal’s feelings than those of a man who refuses to believe her abilities are real.As Theo and Ayla work together to help Clementine heal, they can’t deny one thing is real: their sizzling chemistry that quickly grows to feelings of forever. But before the Dogmothers can claim another successful match, Ayla’s psychic skills thrust her into a perilous spotlight that threatens everything. With their love on the line and a dog’s life in the balance, Ayla’s gift could save them all…but only if Theo will finally risk his heart and believe.
Love this series. Theo Santorini is fresh out of the service. He was expecting to get a job overseas in London but when it falls through he comes to Bitter Bark to get his bearings for a bit. Alya Hollis finds out at the alter that her soon to be husband cheated on her with her best friend. Exit out the side door and she's out of there. Her friend Marie takes her into her care and you guessed it heads to Bitter Bark where she's trying to set up a home for animals in need.
Alya has a talent with animals. She can understand what they are feeling in a way. Theo is a science guy so to him he just can't believe. This becomes a barrier to any relationship they're building. I really enjoyed this story. Theo is a great guy Alya comes from a seemingly rich family but is one of the most down to earth people out there. She fits right in with Theo and his extended family. This is one of those feel good stories that leaves you feeling content and relaxed in the end. It's not a easy road to the end but well worth the journey to get there.
Find out more about Roxanne St. Claire and this series here www.roxannestclaire.com
Posted by Modokker at 4/25/2021 08:57:00 PM No comments:

eARC provided by publisher through Netgalley
Available June 29th 2021
Brenna Bellini will never get married again. She plans to live out her days as a happy, successful, single woman. When she's chosen to be a bridesmaid in her friend's wedding at the Bellini family vineyard, she's thrilled. That is, until she realizes who else is in the wedding party. Brenna's going to have to spend four days in the company of not only her ex-husband, but also her high school nemesis. She just knows the fact that she's single and alone is going to be rubbed in her face all weekend long. Well, not if Brenna can help it. She's going to find herself a fake fiancé.

Finn Nolan is thrilled to be offered the job. He's had it bad for Brenna ever since he came over from Ireland to work at the Bellini family vineyard. After falling for Brenna from afar for years, this Irish cowboy is determined to show the woman of his dreams that he is her Mr. Right.

So what does a confirmed never-getting-married-again woman do when the man of her dreams unexpectedly lands right in front of her? Because for the first time, she might not be able to walk away. This time it might be forever.
Brenna has been burned by love before so when that love comes back to haunt her she enlists her friend Finn to be her fake fiancé. It starts out pretty innocent but Finn has long had feeling for Brenna. He's not really wanting it to be fake. I really enjoyed this book. Unfortunately I didn't get to read book one in this series but fortunately for me it didn't hamper this book as all. Loved Finn and Brenna and her sisters. It makes you wish you were part of their family. Lot's of laughing and frustration and emotional moments in this story. Perfect weekend read.
Find out more about Jaci Burton and this series here www.jaciburton.com 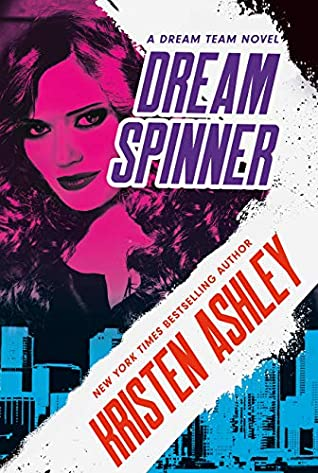 Hattie Yates has finally met the man of her dreams. Yet years of abuse from her demanding father have left her petrified of disappointment. She’s already failed to reach her goal of becoming a professional ballerina—she can’t handle the terrible consequences of another dream becoming a nightmare. But when a stalker sets their sights on Hattie, there’s only one man she dares to hope can help . . .Axl Pantera knows Hattie is the only woman for him. Yet despite the attraction burning between them, Hattie refuses to let him in. The former soldier is determined to woo her into letting down her walls. And when danger comes calling, he’s up against more than her wary and bruised heart. Axl will do anything to prove to Hattie that they’re meant to be, but first, he’ll need to keep her safe.

Hattie Yates grew up with a overbearing father. Nothing was ever good enough. Axel Pantera had his own issues with his dad so he can relate. When Axel sees Hattie hurting herself he decides it's time to wade in and get Hattie to let him help. I loved these two they lift each up in so many ways. When she gets a stalker Hawk and all the boys are in to help out. This series a spin off of the Rock chick series so you can count  characters from that series to show up along with the chaos boys. You need a good block of time to start reading this book because you are not going to want to put it down.

Find out more about Kristen Ashley and this series here www.kristenashley.net