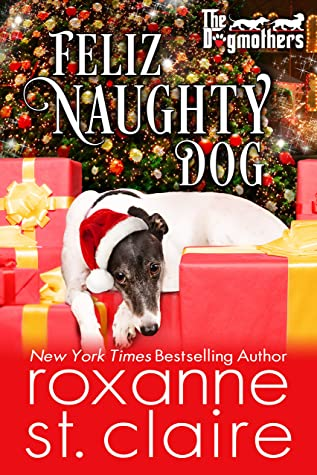 Pru Kilcannon has one goal when she wakes on Christmas Eve – to perform the most “Random Acts of Christmas Kindness” so she can spread cheer and ensure her high school wins the county-wide “RACK IT UP” contest. But when her friends decide to team up with their boyfriends, the ever-helpful Dogmothers enlist the new kid in school as Pru’s partner for the contest. And that means good-girl Pru has to spend the entire day with the broody, moody, and crazy cute bad boy Lucas Darling, and his chaos-causing greyhound, Tor.As if that wasn’t enough holiday havoc, Pru and Lucas have to accompany the grannies on a secret mission to check out a man Yiayia has met on an online dating service. Gramma Finnie is convinced Aldo Fiore is a mobster, Yiayia thinks he’s her dream man, and Pru just wants to be sure her great-grandmothers don’t get themselves arrested — or worse. There’s no telling what could happen when the Dogmothers spy on an eighty-year-old who might be playing a rather flirtatious Santa at the mall…or might be hiding from the Feds.But no one expected the real trouble to come from Tor, the former racing dog who causes mayhem and mall madness. As Pru and Lucas attempt to control Tor, supervise the Santa Stalking, and knock out a few random acts of kindness…they also give in to a delicious little Christmas crush that just might lead to some magic under the mistletoe this year!

The Dogmothers are at it again but this time matching their great granddaughter Pru. Pru has never had a boyfriend but she just might get her first one for Christmas. Agnes and Finnie are spying on the man Agnes has been crushing on from a online dating site. What trouble could they get into really. This was a fun quick read. The grannies are always a fun time and they get their own exciting adventure this time while Pru is getting her own with the new boy at school. Wouldn't be Christmas without the whole family getting together. Perfect holiday read. 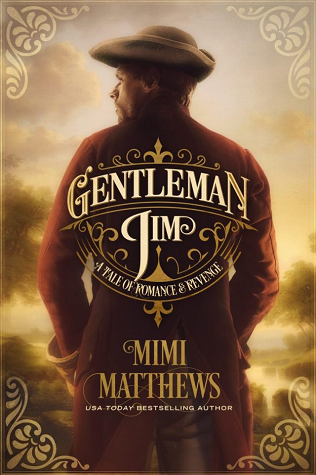 eARC Provided by publisher through Netgalley
Available now!
She couldn’t forget…Wealthy squire’s daughter Margaret Honeywell was always meant to marry her neighbor, Frederick Burton-Smythe, but it’s bastard-born Nicholas Seaton who has her heart. Raised alongside her on her father’s estate, Nicholas is the rumored son of notorious highwayman Gentleman Jim. When Fred frames him for theft, Nicholas escapes into the night, vowing to find his legendary sire. But Nicholas never returns. A decade later, he’s long been presumed dead.He wouldn’t forgive…After years spent on the continent, John Beresford, Viscount St. Clare has finally come home to England. Tall, blond, and dangerous, he’s on a mission to restore his family’s honor. If he can mete out a bit of revenge along the way, so much the better. But he hasn’t reckoned for Maggie Honeywell. She’s bold and beautiful—and entirely convinced he’s someone else.As danger closes in, St. Clare is torn between love and vengeance. Will he sacrifice one to gain the other? Or with a little luck—and a lot of daring—will he find a way to have them both?
Maggie Honeywell found the love of her life as a kid. Nicholas Seaton was a servant but her very best friend. Unfortunately Maggie was meant to marry Fredrick. Fredrick was mean and rude and had it out for Nicholas. One night he set Nicholas up and Nicholas had to run. He promised he'd come back for Maggie. Years later Maggie meets John Beresford who looks a lot like Nicholas but is he? I haven't read a historical romance in ages. Honestly the title drew me first and then the blurb seemed interesting so why not give it a try. Wonderful book with exciting characters with a tough leading lady who through everything stayed sassy even though she might have been dimmed for a while. Maggie and Nicholas seems so cute together and teenagers you find yourself rooting the John is Nicholas. Great wrap up from a new to me author.
Find out more about this book and author here www.mimimatthews.com
Posted by Modokker at 11/17/2020 06:49:00 PM No comments: