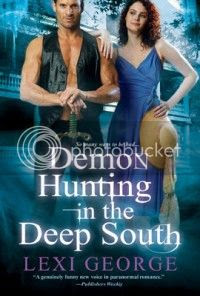 
The warrior and the wallflower . . .

Shy, self-conscious Evie Douglass tries to stay under the radar, especially when her nemesis Meredith Peterson, aka The Death Starr, is anywhere around. Meredith and her bitch posse of skinny girlfriends have tormented Evie since the seventh grade, calling her names like The Whale and Thunder Thighs.

Evie tries to stay invisible, but that’s not an easy thing for a plus-sized gal to do in a small town like Hannah, Alabama. She finds it doubly hard to avoid Meredith’s wrath once she takes a job at the lumber mill. You see, Meredith’s husband is Evie’s new boss. Translation: more torture time for The Death Starr.

Evie thinks things couldn’t get much worse until the morning she finds Meredith’s bloody body sprawled across her desk. Typical Meredith, she gets herself dead mere days after a very public scene in which Meredith accuses Evie of having an affair with her husband. Worse, the murder weapon is found in Evie’s car.

Suddenly, Evie is the Number One suspect in a sensational murder case. But she’s got bigger problems. Hannah is infested with demons—soul sucking, body snatching creatures of evil—and, for some reason, they want Evie. The only thing standing between Evie and death or possible possession is a hunky blond demon slayer named Ansgar.

Ansgar is a Dalvahni warrior, a supernaturally gorgeous race whose sole purpose is to hunt down and capture rogue demons.

Evie could almost swear that Ansgar is interested in more than demons. He seems interested in her. Ridiculous, of course, because he’s sex on two legs and she’s…

To add to Evie’s troubles, Meredith doesn’t even have the decency to stay dead. She shows back up as a ghost and she’s more of a beyotch than ever. Meredith has deathnesia—she can’t remember who killed her—leaving Evie to solve the mystery herself, or go to jail for a murder she didn’t commit.

Oh boy! What can I say about this book? It's fast, it's fun and it's funny!! I have no idea where Lexi George gets her humor but my hope is to one day meet her so i can find out what she's like in person. This book is loaded with  sassy southern-isms. Some i have to admit i didn't fully get at first but that might be because I'm a  northerner. The Demon hunters who are called  the Dalvahni are hot sexy warrior men thousands of years old. They can't get drunk of liquor but crazy stupid on chocolate. Personally i find that might be the more fun way to get feeling buzzed. lol This is the 2nd book in the series although there is a novella in between. Demon Hunting in Dixie is book one. You should read it but it's not totally necessary to understand book 2. You should just read it because it's so hilariously funny. Book 2 which is this one is entitled Demon Hunting in the Deep south is equally funny. This one involves Addy's ( from book 1) best friend Evie. She is accused of murder and is in need of protection from Ansgar the hot demon hunter brother of Brand ( from book 1). Ansgar had to change Evie at the end of book one and took away her memories of him because he felt he wasn't worthy of her. He finds out pretty quick what a mistake that was.  I have found myself quoting lines to my husband while reading. It's that kind of book. I only WISH i had the kind of imagination to write a book like this. Lexi manages to write a book that has a serious side but still so damn funny at the same time.  Before i forget if you read book one Connall the leader of the Dalvahni is talked about. He finally makes a appearance in this book and it's majorly exciting as he appears at a very important and  funnest parts of the book. I am hoping that he is going to be a major character in the next book. Something tells me he would be a lot of fun!  In conclusion. This book has it all. Action, suspense, demons and demon hunters and some of the hottest sex scenes ever! I loved every page! 5 out of 5 Modokker Book Picks for Demon Hunting in the Deep South  by Lexi George. If you like humorous paranormal with hot demon hunters this is the book for you.

Find out more info about this book and Lexi George's other work here on her website www.lexigeorge.com