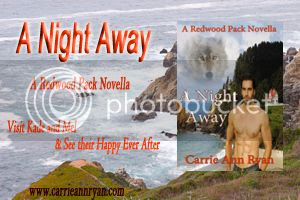 But how does the author keep the thrill alive? As a reader, as long as each individual book as a dynamic plot, I can get engaged. It’s when nothing happens the entire time because you know the characters so well that I won’t read the series anymore. That’s why I’m a fan of the multi-couple series.

In my Redwood Pack series, there is an overall story arch. Meaning the Centrals will be there until the end. But that doesn’t mean the Redwoods won’t win a few battles along the way. The dynamics of each pack will change as the series progresses. It’s always nice to have a group of villains to pick off LOL.

And of course, bring in new characters. Keeping the same four characters or so for twenty books can be tiresome. But most authors know this and keep it fresh. Of if they don’t, they’ll get hammered. I like reading series where they author says, “Yes, this is a Trilogy” or something. I like knowing they have an end in sight where they plan.

Or that they at least know that a story arch will end after a certain amount of books and they they’ll bring in a new conflict within the same series. That I love as well.

With A Night Away, I’m writing a novella after the third book. I’m still at the beginning of world building in some respects, but people know my characters a bit more from my previous books. How do I keep it fresh? Well, you don’t know every character. And you won’t know the Jamenson boys’ future mates. Though some people can guess. 

I love reading series books because I get to have a longer time with my characters. And with each book, if done right, you get a new conflict and story line that keeps us entertained. I hope I do that for you guys with my Redwoods. Mel and Kade are back and have missed you!

Contest Info: Carrie Ann is giving away an autographed swag pack to a commenter. Be sure to leave your email so we can reach you.

Carrie Ann Ryan is a bestselling paranormal and contemporary romance author. After spending too much time behind a lab bench, she decided to dive into the romance world and find her werewolf mate - even if its just in her books. Happy endings are always near - even if you have to get over the challenges of falling in love first.

Her first book, An Alpha's Path, is the first in her Redwood Pack series. She's also an avid reader and lover of romance and fiction novels. She loves meeting new authors and new worlds. Any recommendations you have are appreciated. Carrie Ann lives in New England with her husband and two kittens.


An Alpha’s Path Amazon, Barnes and Noble, ARe 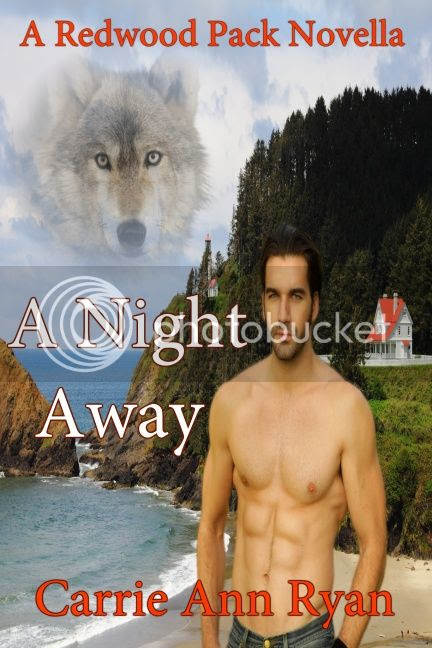 Book 3.5 in the Redwood Pack Series

Kade Jamenson has been mated to Melanie for almost two years. They’ve been through mating circles, battles, loss, misunderstandings, and finally, the birth of their son, Finn. The world is in turmoil around them as the Redwoods engage in war with the Centrals. But for Kade and Melanie, the turmoil is also happening at home. The responsibility of a restless baby and their Pack has taken a toll and they need a break.

Not from each other. But from their Pack. Just for a night.

Kade takes Mel away for a romantic getaway and leaves Uncle Maddox alone with baby Finn. The Omega of the Redwood Pack may be adept at emotions but the idea of a baby may be beyond his immense capabilities.

Author’s Note: This is a novella set between books 3 and 4 to give you a taste of Mel and Kade. It is best that you have already immersed yourselves in the Redwood Pack world, however even new readers will enjoy a glimpse of one of the Redwood’s favorite couples.

A Night Away Excerpt

Mel looked into Kade’s green eyes and focused. She needed time with this man. Just the fact that she’d thought for a moment he’d leave her meant she did. And Kade cemented the fact that she was scared. Yes, she could admit that at least to herself. She was scared to death. She was floundering as a mother, as a mate, and a Pack leader. She needed a moment to escape. To sit back and remember why she loved doing all these things. To remember that she loved her mate and needed him more than the air she breathed.

She placed her palm on his face, his unshaved cheek scraping against her skin and she shivered at the thought of where else his five-o’-clock shadow could scrape her. His tanned skin looked like caramel against her pallor. She wanted to see where else they’d contrast when they lay naked in a sweaty pile.

She needed a break. If only for a night.

“Where are we going?”

“It’s a surprise.” Kade gave a smoldering look and Mel melted into a puddle.