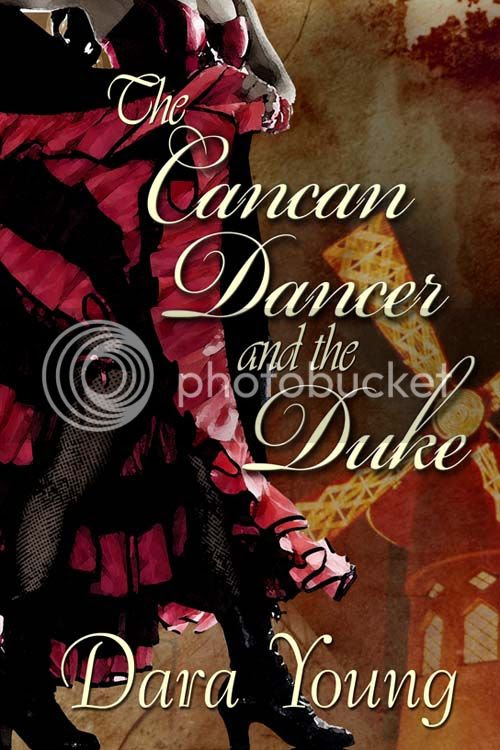 
Anytime you open a new book as a reader you have to check your baggage at the door. All passengers are limited to one small carry-on that contains their ability to suspend belief. Okay, so that isn’t really how it works, but wouldn’t it be nice? I would love to be able to write any damn thing I want and have the readers believe it. 

In the end, unless I am writing SFF, the sky will still be blue, the grass green, and the atmosphere made of oxygen (among other gases). At least, that must be true without a really good explanation. In The Cancan Dancer and the Duke, the scenario I established is believable. Perhaps a bit of a stretch, but believable.

Considering some of the craziness I have dug up while doing research on the Victorian period, accepting that a young noble woman was chaffing under societal rules enough that she might run off for a little adventure is doable. I think the one point of contention might be that she got the job as a dancer. But upon further reflection, maybe not.

Charise is a lady, which means she has had years of dance lessons that imbue her with a certain musicality. She has also likely had pianoforte and singing lessons, adding to her skills. Being a wild child, it is not unreasonable to expect that she is rather dexterous from her years living in the country. She rides astride and climbed trees as a girl, making it easy to assume she is fairly robust in constitution. All of this could easily translate into her being capable of becoming a chanteuse at The Moulin Rouge.

Ditching her chaperones also wouldn’t be that hard considering the limited ability to communicate over long distances. Keep in mind she is a resourceful girl, not a simpering miss. In the end, I think it all works, right down to how she is exposed. No spoilers, so all I can say is read the novella! 

I can only hope, as a writer, that I have sufficiently told a compelling enough story that my stretches work. In the end, the amount of reader baggage will dictate their ability to believe.

If the reader is a historian, or even a history buff, a lack of (or just wrong) historical facts and details can kill a book in the blink of an eye. Their ability to suspend belief is lost. Whereas, someone with no expectations or detailed knowledge is far more likely to roll with a story as long as the plot is realistic. Clearly, putting a heroine in trousers in the middle of a ball with no likely explanation would not fly with anyone. But if I could come up with just the right scenario, it might work. So, I hope as a reader that you find stories magical enough to strip you of your baggage while sucking you in.

What are some of your pet peeves that can derail a book for you? Is it the newly coined mistorical? Maybe a weak heroine?

Thanks for stopping by to celebrate with me and remember to comment on each post during the blog tour for more chances to win! (Not sure what I'm talking about? click here.)

The Cancan Dancer and The Duke


Can a lady on the lam and a duke on the make find love at the Moulin Rouge?

Cathedrals and museums are not Lady Charise Colton’s idea of European adventure. Turn-of-the-century Paris beckons, and she wants to grab it while she can…or rather, cancan. Flirting with fate and half of Paris, Charise eludes her chaperones and joins the cancan revue at the Moulin Rouge.

Ethan Greer, Duke of Lofton, is in Paris to settle some estate business. Chafing under his responsibilities, he discovers an enchanting distraction at the Moulin Rouge, a flirtatious dancer who stirs his lust and something more. He must have her—even if it means offering carte blanche.

Terrified of discovery, Charise tries to hold her persistent suitor at bay, though her heart has already surrendered. Will she lose him if he learns the truth, or is love enough to bind the cancan dancer and the duke?

The singular sound was a soft whisper at first. The audience strained forward to catch even a note of the eerie melody carried on the fetid air of the cafe. As the song picked up, her voice grew stronger, the words more clear. Ethan relaxed into his seat and let the warm rich alto caress him. His body grew warm with the promises carried by the witch’s husky tones.

He remained unaware of anything in the room except the siren walking toward him. Each steady, unhurried step she took further drew him in. His gaze feasted on the curve of her hip, the swell of her breast. Ethan rode the knife’s edge between lust and propriety.

The song described, in lurid detail, two lovers in the throes of passion. Upon reaching him, the dancer propped the toe of her boot onto the edge of his seat—square between his thighs. The luscious creature presented impossibly sheer bloomers which hid everything and yet nothing, causing him to let out the breath he, until now, unknowingly held. His cock grew rigid, the uncomfortable throbbing causing him to shift. The desire to haul her into his arms and demonstrate every action she described with the most sensuous mouth he’d ever seen rode him hard. Her full lower lip begged for his kiss. Ethan wanted to see it slick and glowing pink from his attentions.

The wanton dancer continued to taunt him, but his good breeding won out. Forcing himself to stay seated, his fists balled and his jaw grew rigid with frustration, but his raging lusts remained leashed. The song ended, sending her into the nether regions of the cafe in a swirl of skirts.