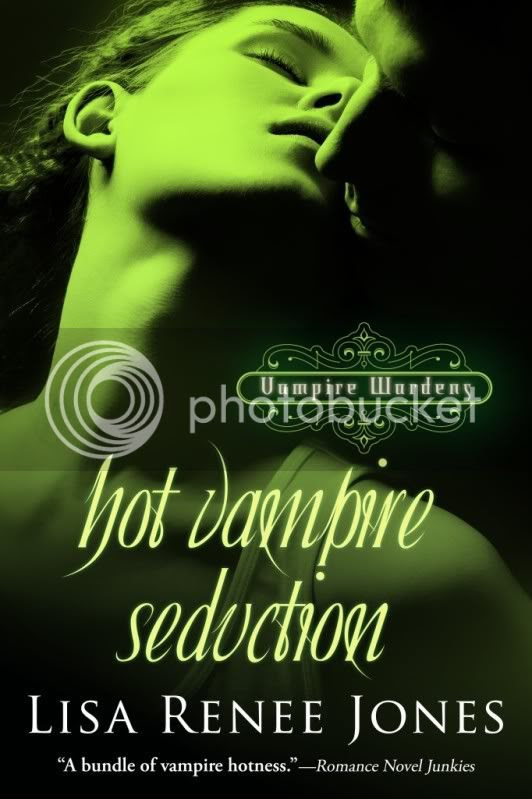 Vampire Warden, Aiden Brooks, has spent more than a hundred years enforcing the laws of his race, and life has taught him that anyone that he allows into his world ends up dead. Despite knowing this all too well, having painfully loved and lost in his past, when his search for the creator of Blood Red places coroner Kelly Riggs directly in both his path, and that of a dangerous clan of vampires, his desire for her goes well beyond offering her protection. He’s drawn to her bravery, seduced by her feisty spirit and beauty, but he is determined to resist her, fearing he will put her in harms way. But Kelly is already on the radar of the enemy, and when she gets too close to the evil vampire clan’s secrets, she is given Blood Red. Now Aiden’s hunger for her might be the only thing that can keep her alive but who will save her from him.


Read a excerpt and find out more about the book as well as Lisa Renee Jones or books here www.lisareneejones.com/hot-vampire-seduction/