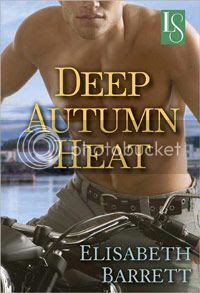 In this sexy new Star Harbor romance series, featuring the too-tempting Grayson brothers, a celebrity chef turns up the heat for a local café owner—and things start to sizzle.


Lexie Meyers decides there’s nothing sweeter than watching Sebastian Grayson’s perfect, wicked mouth devour her coconut cake. He’s hot, he’s hungry, and he’s sizing her up like she’s the best thing on the menu. But she’s been burned in the past and flings just aren’t her thing. Too bad Sebastian can’t resist a challenge.

Worldly, famous, and notorious with the ladies, Seb had planned a weekend of fishing and relaxation with his brothers. Until Lexie, with her kissable lips and frosty “get lost” attitude, makes him want to forget his culinary empire and create some magic with her. After he fires up his charm—including challenging her to a televised cook-off to break through her resistance—it’s now hotter in the bedroom than it is in the kitchen and Lexie isn’t sure whether she’s lost her mind . . . or just her heart.

This is Elisabeth Barrett's debut book for Loveswept. I loved the cover of course. Just look at it. I also liked the idea of four hot brothers. A no brainer there too. Now i just hoped the story would be good to go with all that and the great blurb i read. You get to meet the 4 Grayson brothers in the beginning of this book. They all come together once a year to remember and celebrate their dad's life. So sweet! There are two older brother's Val and Cole and then the twins Seb and Theo. All these are shortened versions of their full names. Seb or Sebastian is the main brother for this book. I wasn't sure about the shortened names but they grew on me by mid book. Seb is the world class chef. Has a restaurant in New York City and is trying to find a place in  Boston for a new one and starting a TV show.  He's back in Star Harbor for a few days to spend with his brothers and celebrate his dads life. Seb meets Lexie Meyer then in the restaurant she owns and promptly puts his foot in his mouth. lol He likes her and tries to insert himself in her life. It's fun to watch. Lexie though has a few problems. Her produce supplier is late all the time or doesn't show up. One of her employees is acting funny and then there are the threatening notes she thinks are from a competitor who wants her cake recipe. After she is attacked and Seb saves her though she starts to see that someone is after her. Quite possibly her ex boyfriend who was stalking her the last place she lived.  There's quite a lot going on in this book. It's the first is a series so some of it is just information you need to have although i didn't feel like it droned on at all like some books can. I didn't lose interest at all with that. In the beginning there is a poem about keys and a lock and treasure. You don't really hear much about it though until the end when Lexie finds a key. I would've liked to hear more about that in the story if it's going to be a bigger part of the series but we'll see how it goes in the next book. LOVED the brothers. All very interesting from what you get to see of them. Seb bothered me some because he was a bit immature but throughout the book he grows up a bit and takes things more seriously and that's because of Lexie. Lexie has to learn to love and trust again after her terrifying experience with her ex boyfriend. She's tough as nails though and takes care of herself. Lastly i want to mention a secondary character i really liked. Lexie right hand man in the kitchen Buster. He's kind of a mystery but you get to find out who and what he was before coming to work for Lexie and he's protective of Lexie like she's his daughter and i found that so sweet. I would love to see him meet someone somewhere in this series even as a secondary thing. Overall I enjoyed the book a lot. I am excited to see what the next installment Blaze of Winter brings for Seb's twin Theo. Love the play of words on the titles for this series as well. 4 out of 5 Modokker Book Pick stars for Deep Autumn Heat by Elisabeth Barrett.

On sale everywhere now. Get it at Amazon here www.amazon.com

Find out more about Elisabeth Barrett and this book including a excerpt here on her website www.elisabethbarrett.com