Another big day here on the blog. Today we have The wonderful historical author Vanessa Kelly.  We're going to start with a book review of Vanessa Latest release My Favorite Countess and then some questions. Let's start with first thing i read on a book. The back cover blurb! 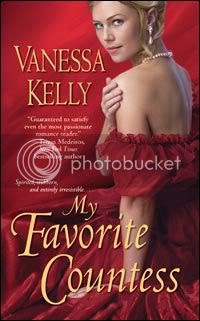 She is difficult, demanding, and at times, quite fierce. And Dr. John Blackmore can’t take his eyes off her. The Countess of Randolph is the most striking woman he has ever seen...and the most infuriating patient he has ever tended.

Mired in responsibility, Bathsheba doesn’t have time to convalesce in the country. She should be in London, hunting for a wealthy new lover to pay off her late husband’s vast debts, not dallying with a devastatingly handsome doctor.

But it is only a matter of time until the good doctor and the obstinate countess will have to contend with the sparks that fly between them. Once their bodies surrender, their hearts may follow...


This is actually my first Vanessa Kelly book. My Favorite Countess is a historical romance and a continuation of sorts from some of Vanessa's other books. I think you can feel a sense of this reading the book but it didn't interfere much with the story.  Widowed Bathsheba is in a bad way. She's almost out of money and is struggling to maintain appearances as The Countess of Randolf. Her husband was killed and left her mountains of debt and two estates to maintain. She is full of secrets as well. Her husband abused her and she has a secret sister everyone thinks as dead among other things. Dr John Blackmore is a accoucher or a male midwife.  He has some secrets of his own as well. John meets Bathsheba at a dinner party right before Bathsheba is to head back to London to search for a rich man to wed to save her. Although Bathsheba treats everyone to her sharp tongue he is still intrigued by her.  Instead of heading to London Bathsheba learns that her sister who already suffered a terrible fever years ago that left her permanently impaired is sick again. She runs off to stay with her and 4 days later arrives back at her place is the country with the same terrible fever.  Dr Blackmore comes to the rescue.  This is love/hate kind of book. You're not really sure at all you are going to like Bathsheba. She kind of abrupt and mean and if you haven't read the previous book she was in you still get the sense she did something pretty bad to someone.  Slowly as the book progresses you find out who she is behind all that sometimes nasty demeanor. Why she is like that and that it isn't really who she is. John i think is the only man who could find the real Bathsheba and he feels like she needs his help no matter what she says.  They kind of keep bouncing off one another until all their secrets finally come out.  Bathsheba redeems herself to old enemies and to herself in the end. John makes some revelations about himself and Bathsheba as well. You wonder how their going to work it out at all. I give My Favorite Countess 4 out 5 Modokker Book Pick stars. I think i need to go back and check out her back list for the titles that went with this one. 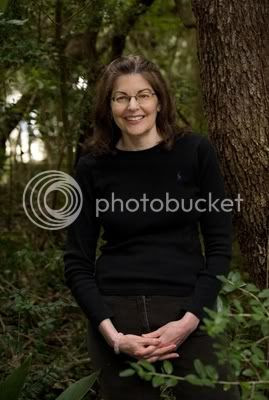 1. What made you want to be a writer? How did you decide to write Historical romance and is there another genre you would like to write besides historical?


I've been a writer for as long as I can remember. English was my favorite class and I always did well writing essays, short stories - you name it and I wrote it. I went on to get an M.A. in English and also spent several years in a Ph.D. program for British Literature. I didn't go on to teach or be an academic, but I did become a researcher for a public sector organization. So I was writing all the time, even if it was non-fiction. All that writing taught me how to think analytically, construct an argument or thesis, and polish my prose, which was really helpful when I switched to writing fiction. As for what made me want to be a writer...I guess it's because I always loved reading. When I began to think of my own stories, writing them down became the next logical step. I chose historical romance because I love the genre - it was the first I read as a teenager - and I love the Regency period. That's the period I studied in grad school so, again, it made for a logical choice. I do also write contemporary romance and romantic suspense with my husband, under the pen name of V.K Sykes. I enjoy writing in those genres as much as I do historical romance.

2. How long did it take to get published? Did you have anyone you looked to as a mentor to help show you the ropes?

It took me about 2-1/2 years to get published. I had several mentors, but Julianne MacLean is one who stands out. She critiqued the first three chapters of my historical manuscript, and gave me invaluable advice on how to take my writing to the next level. I also met several writers in my local Romance Writers of America chapter who showed me the ropes. Sharon Page and Opal Carew were very supportive when I was getting started. Sharon writes for Kensington and Opal writes for St. Martin's Press. They were so kind in taking me under their wings.


3. How do you research for you books? There is alot of thing you have to know to write historical romance with all the different ways things were done back then. It would confuse me to death. I think a lot of people imagine it's easy to write a book but taking into account all you would to know about time periods i would guess not.

You're right - it isn't easy to write a book! Historical fiction has its own set of research challenges, but any book worth its salt requires some kind of research. As I mentioned, I did my grad school work in the Regency period, so I had a foundation of knowledge from which to build. The internet does make it easier to do research these days, and there are tons of resources available for writers of historical fiction. I also love working from books. One of the first things I do when I start a new story is go to the library and check out a bunch of books that are relevant to my storyline. It's just sheer fun to browse the shelves, look through books, and find all kinds of interesting historical tidbits to spur my imagination. I'm also a big believer in asking people for help, especially librarians. And you would be surprised how willing experts are to share info. Curators at local museums and historians at cultural centers are usually very eager to share their knowledge.

At the end of the day, though, I'm not writing a history book. I want my books to have an accurate period feel, but it's the story and the characters that really count. You can have the most accurately researched book in the world, but if the characters are boring or unsympathetic, it won't matter. So it's a balancing act, but story and character come first.


4. Name 3 random facts about you that people would be surprised to know.

I used to work for a trade union, my nick name in university was Vulgarina (should be self-explanatory!), and science fiction movies are my favorite kind of movie.


5. What is in the works next for you? Can you tell us about it? Anything you thinks readers should know about your books?

I'm just finishing up the final book in my series. It's as yet untitled, but it's a Christmas book that will be coming out in October 2012. It's a really fun story - a bit lighter in tone than my others but it is a Christmas book, after all! In the meantime, I'll be writing a Regency novella that I'll be digitally publishing in May or June of 2012. And I'm also continuing to work on the V.K. Sykes books with my husband. We had one come out a few months ago - it's called HARDBALL, and it's a very, very sexy contemporary romance. My V.K. Sykes website is: http://www.vksykes.com/

Vanessa Kelly writes sexy Regency romance for Kensington Zebra. Named by Booklist as one of the "new stars of historical romance," she recently won the Maggie Award for her second book, SEX AND THE SINGLE EARL. You can find her on the web at www.vanessakellyauthor.com

Vanessa is taking questions today if you have any you would like to ask. She is also offering to one commenter her paperback copy of her first book,  Mastering the Marquess.  All you have to do is leave a comment or question for Vanessa. You must supply a valid email address so you can be contacted if you win and be a follower of this blog. Open in the U.S and international as well. Ends Monday October 10th.