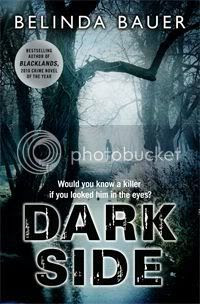 Back of the Book Blurb: In bleak midwinter, the people of Shipcott are shocked by the murder of an elderly woman in her bed. As snow cuts off the village, local policeman Jonas Holly is torn between catching a brutal killer and protecting his vulnerable wife, Lucy.


When the inquiry is commandeered by an abrasive senior detective, Jonas finds himself derided by his colleagues and ashamed to admit to Lucy that he’s been sidelined. It seems his first murder investigation may be over before it’s begun. But when he receives a series of increasingly sinister anonymous notes, Jonas is thrust back into the center of the case. Someone in the village is taunting him, blaming him for the tragedy. Someone thinks he’s not doing his job; someone seems to know every move he makes. And soon Jonas has to ask: Who’s hunting who?


Review: This is a beautifully written, incredibly rich mystery novel set in a quiet country village where a series of murders is taking place. The story has a claustrophobic feel, from the tiny village of tiny cottages, to the long dark nights of midwinter. The village is surrounded by steep hills, and the residents are a collection of depressing individuals. And they seem to be suffering from an unusually high number of tragedies. Serial killers, paralysis-causing accidents, dementia, drunken veterans with missing limbs, etc etc. Jonas himself has given up an exciting police career to care for his beloved wife, Lucy, who is dying of MS. His parents are dead, and he has mysterious trauma from his childhood. He works, takes care of Lucy, and also does all the housework. And now a killer is getting busy in Shipcott, killing off people Jonas has known his entire life.

With the bleak setting of the story, the grisly crime mystery, and the depressing characters, you might think the book would be depressing, too. But the author is a master at quirky insights, unique turns of phrase, and dark, tongue-in-cheek humor. She sprinkles the story with pop-culture references, primarily to television shows and horror movies. I snickered more than once while reading. However, shortly after the first murder I was pretty sure I knew who had done it and why, but the answer was so cliched and overused I hoped I was wrong. I wasn't. Sigh.............. . But, I will say the entire book is well worth reading.


I can't go into much more detail without giving away some of the secrets of this novel. I highly recommend it for the well-crafted mystery, the marvelously cloying atmosphere and the darkly humorous character insights.