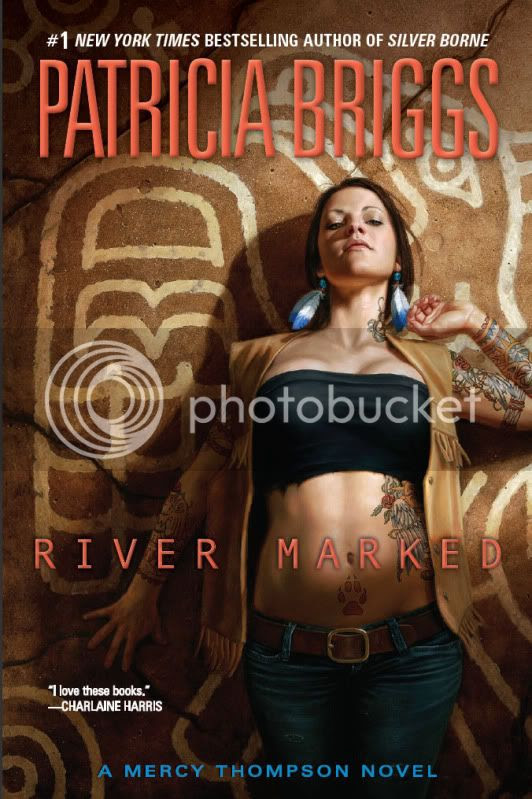 
Car mechanic Mercy Thompson has always known there was something different about her, and not just the way she can make a VW engine sit up and beg. Mercy is a shapeshifter, a talent she inherited from her long-gone father. She's never known any others of her kind. Until now.

An evil is stirring in the depths of the Columbia River-one that her father's people may know something about. And to have any hope of surviving, Mercy and her mate, the Alpha werewolf Adam, will need their help...


Review: Ah, it feels so good to be back in Mercy's world, in the sixth adventure for our coyote shifter and walker. She is now Adam's fiance and mate, after surviving the faerie queene, a pissed off vampire Mistress, and various and sundry supernaturals, plus one psychotic rapist. But living Mercy's life vicariously is the ONLY way I want to live it, because by page 7 she is once again getting the crap beat out of her. Her strength and stubbornness are exceeded only by her loyalty to her friends. Gotta love the girl!

Patricia Briggs is a masterful storyteller, and River Marked is an elegant example of how a story should unfold. The pace is swift, the characters an interesting mix of the familiar and the new, and as the mystery is revealed the menace and danger continue to increase. Mercy is once again caught up in a swirling mix of supernatural freakiness and adventure, as she and Adam try to enjoy their honeymoon while figuring out who or what is killing people in the river. Soon Mercy meets other Native American shifters, and a good bit of her father's lineage is revealed as well, explaining her nature and abilities. The revelations about her father explain so much, making the reader realize just how beautifully crafted the entire storyline has been up to this point. Every clue, every little piece of Mercy's history, has a place in the puzzle that is assembled here.

Mercy and Adam learn they were manipulated by the fae (there's a shock!) to spend their honeymoon near the River Devil's hunting ground, and they soon join forces with local Native American medicine men to defeat the monster. As the River Devil gains in strength, she pushes Mercy to her limits in a violent final showdown.

Urban fantasy does not get better than these books. Mercy's world perfectly straddles the real and the supernatural, creating its very own magical "between" place capable of transporting readers. By having Mercy so involved in normal daily living, the author has created a much more believable world, and allows for a smooth addition of the supernatural. The blending of Native American and European folklore and mythology is seamless, highlighting the common themes and variations between the pantheons. Those of us who grew up reading the original Grimm's fairy tales will recognize the often terrifying European fae (as opposed to the sanitized, Disney versions), and they are a great addition to a world of vampires, shapeshifters, werewolves and more. Ancient legends pop up frequently in these books, and casual readers and students of folklore alike will devour them.

5 out of 5 Modokker Book Pick Stars

For more information about Patricia Briggs' novels, visit her website at www.patriciabriggs.com.
She has many, many books in print, but is perhaps best known for the following series: