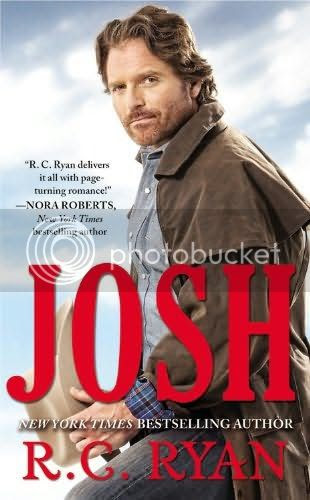 Rancher and mountain climber Josh Conway has never backed down from a challenge. So when a photographer disappears in the wilderness during a blizzard, Josh answers the emergency call and leaps into action. Yet he's soon shocked to find the person in "distress" is doing fine-and she's a gorgeous blond spitfire who's as brave and bold as he is.Sierra Moore will stop at nothing to capture the perfect picture, even if it means braving a snowstorm in the mountains. She's not used to being rescued, especially by a ruggedly handsome cowboy who makes her heart skip a beat. Sierra can't turn down Josh's invitation to ride out the storm at the Conway family ranch-and she can't resist his slow, steamy kisses, either. But this mysterious beauty is hiding a deadly secret. Now as a dangerous force closes in on her, Sierra fears it will destroy everyone she cares about . . . starting with Josh.

This is book 2 in the Wyoming Sky series. Josh is the middle son. As a young boy after the disappearance of his mother he used to hike the Teton mountains on his families property. It was his way of finding peace. He had special places on the mountain he would go and just think and be. As a grown up he's the one they call when the professionals can't find missing hikers. This is what he thinks he's doing when he finds photographer Sierra Moore in a tent in the middle of a blizzard. Thing is she's not lost and she's loving the storm and the photos she's been able take while it's been raging on. Sierra's had a rough up bringing. Love is not something she really knows about her experiences have taught her how to depend on only herself. Josh might have lost him mom at a young age when she disappeared but he's always had other close family and friends. He's always felt love. He takes to Sierra right away. She's different than any woman he's ever known. Problem is she's got a secret. Josh can tell somethings up but he doesn't want to pry so he lets it go. Sierra has a stalker. A rich man who thinks he can have whatever he wants  has followed Sierra from Paris. He promised to help her with her career but what he really wanted to control her and make her do what he wanted. She thought she had escaped him when she left Paris but he finds her in Wyoming and is playing for keeps. Bringing danger to the whole Conway ranch and family.

I liked book 2 much more than book 1 for some reason. I struggled with book one some when i was reading it but was pulled right along through book 2. I loved Sierra. She's a tough cookie who learned long ago to stand on her own. Josh is great though too. He sees her for who she is and she's not perfect and that's fine with him. They compliment each other nicely and the family takes to Sierra from the first meeting. 4 out of 5 Modokker Book Pick stars for Josh by RC Ryan. Look forward to the youngest brother Jake. A excerpt can be found at the back of Josh's book for that book.