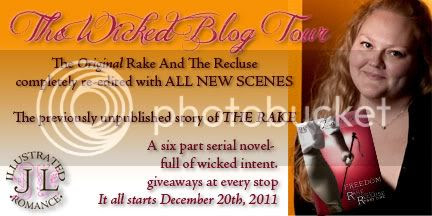 Thank you Lisa for hosting the WICKED blog tour! I’m so glad to be here today!


Hellooo lovelies! Thank you for stopping by today. This is my WICKED blog tour to celebrate the re-release of THE RAKE AND THE RECLUSE, as a six part serial novel with all new content and never before released story of the Rake.

I can’t even begin to tell you how this is for me, I slaved away with a brand new AMAZING editor and went back through every image to find the very best images for the story. There are more scenes, more images and more excitement than ever before.

For those of you who are new to me, my name is Jenn and I am not just an author but I am also a photographer. I have photographed everything from the Grand Prix, to the BP oil spill, to the birth of babies and politicians, Paul Newman (he almost ran me over on his little blue scooter), Tim Robbins, Ian SMOLDERhalder, basketball, football, soccer, rugby, murderball...it goes on. I get around. Lately I’ve been shooting half nekked men for covers, and my books. Because...well...why the heck not I say.

Some people don’t like it or think it’s weird and that’s ok, it like any story, it isn’t for everyone. My novels are illustrated, because I can, because I am in a very special position since I am a professional photographer. This would be very difficult and expensive for someone else to undertake. I suppose that makes me lucky. But my books are truly one of a kind. There isn’t anything like them.

I brought a few pictures to show you what the book looks like, because it’s hard to envision. It is meant to be read as an ebook, that was the whole point. Drawing from the time period it is written in—Victorian—when novels were illustrated with beautiful plates. (think Alice In Wonderland)

There weren’t very many illustrations in Alice but every single one had so much depth and detail you could stare at the forever, at least I did. I happen to collect versions of Alice because it is simply my all time favorite book. I love everything Alice. It is so magical, all about innocence and imagination, and wickedness. It is pure genius.

You’ll probably find a little Alice in any book I write, somehow, somewhere, because ai love it so dearly.

Now for those illustrations. As a trained and practicing photojournalist, someone trained to illuminate the human condition, to tell visual stories, let’s break down the five part picture story: 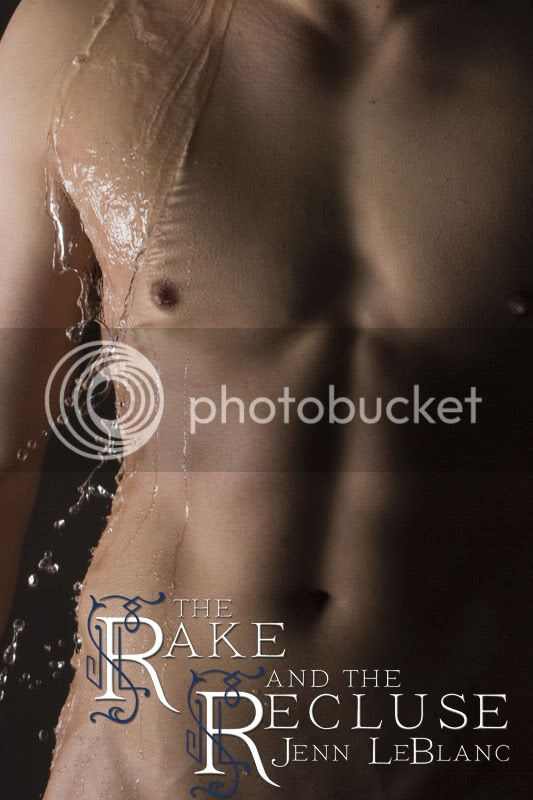 One of the most important tenets of photojournalism is open with a strong image. So there you go. 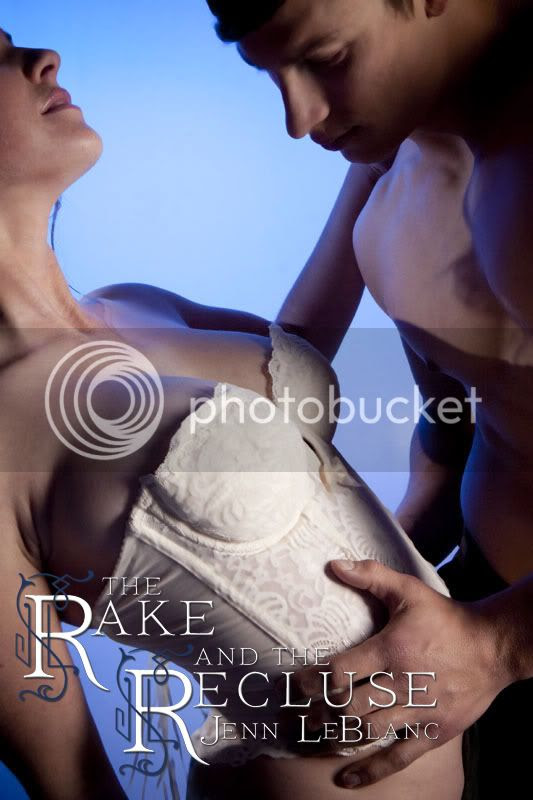 Following images should be telling, show the smaller parts of the story to illuminate the characters.

Always include detail images to illustrate the small important parts of the story. 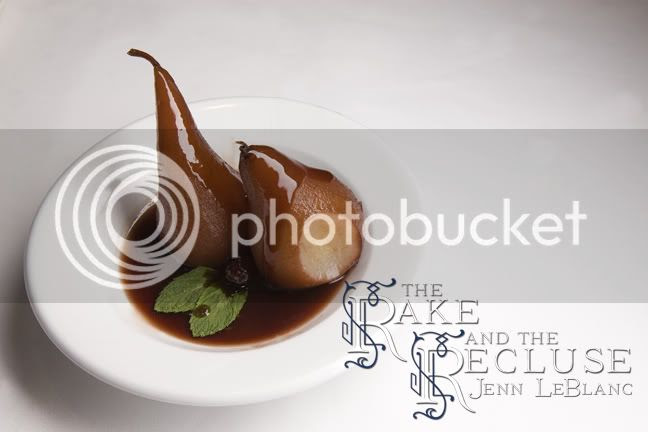 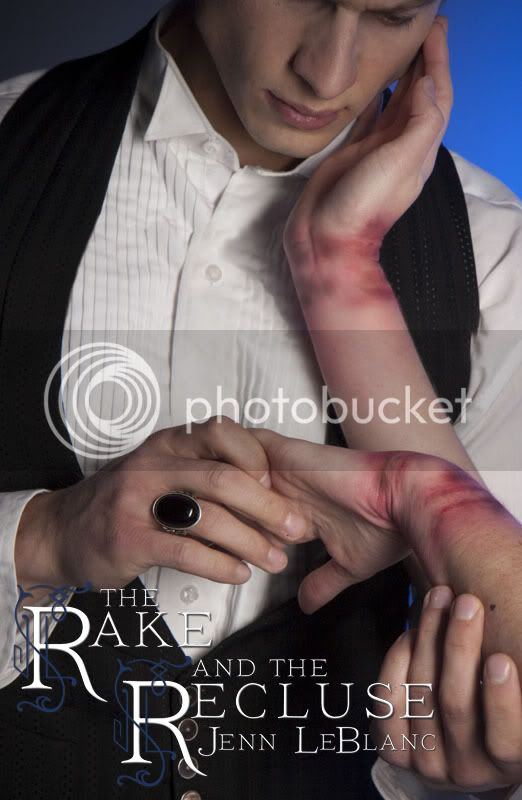 The closing image is meant to seal the deal. To tell the story, bring it home, explain the reason for the story in one image. 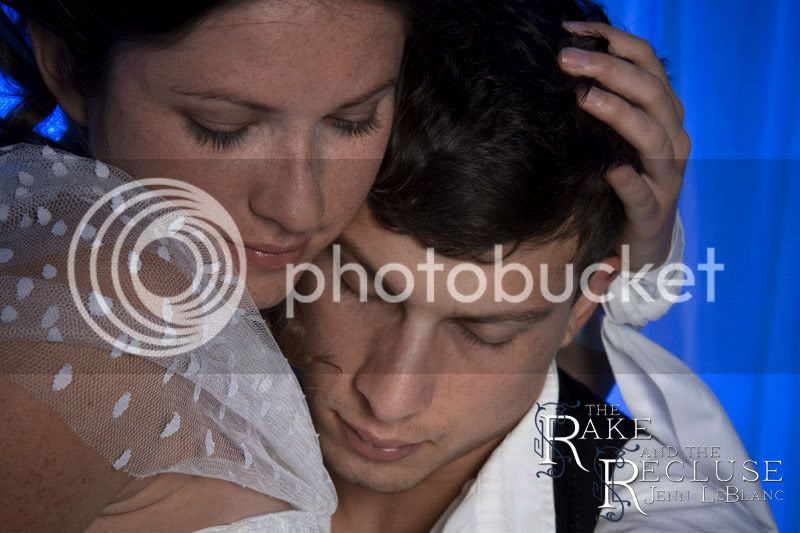 To quote Gideon, when he was asked to chose either love or duty: “If you ask me today I say love. Be that my duty.”

And please come find me! I LOVE to chat with readers!

A woman out of time.

A man stifled by propriety.

A nemesis determined to take her away.

A brother to the rescue.

How will a powerful Duke deal with a woman who doesn't know her place? How will a woman used to the 21st century survive in time where she is considered property?

Francine Larrabee woke up on the wrong side of the century. She was fairly certain she went to sleep in her own comfy bed, but she doesn’t quite seem to be there now. Only adding to her problems is that she has no voice, is constantly being glowered at by a large, stunning man who is obsessed with propriety, and she is apparently betrothed to another horrid little man, determined to ruin her, and any other girls that get in his way.

How does she find herself in the past, when she couldn’t even find herself in her present? How does a self sufficient businesswoman survive in a time when women were still considered property for the whole of their lives and what is she going to do with this man who draws her to him so fiercely.

Where to get the books:
THE RAKE AND THE RECLUSE Part one brings Francine to the world of the Duke of Roxleigh, clashing worlds in first installment of the completely revised novel, with all new material.

Available now from these ebook retailers:


THE RAKE AND THE RECLUSE Part two finds Francine in the world of the Duke of Roxleigh. The clashing of worlds in first installment of the completely revised novel continues as Francine finds her footing, discovers secrets about her elusive host, and learns more about herself than she ever thought possible.

TAKEN : The Rake And The Recluse : Part Three

Part THREE brings Francine and Gideon closer than they ever imagined possible, until the unimaginable tears them apart. What will Gideon do if he loses her, this time, forever?

RUINATION : The Rake And The Recluse : Part Four

Part FOUR is full of revelations, celebrations, protestations and one surprise that will have you holding your breath for the final chapters. What has Perry done?

SUBMISSION : The Rake And The Recluse : Part Five

Perry leaves Roxleigh House without a backward glance only to be tossed headlong into one of the most difficult trials of his life. How will he protect the very thing he is dedicated to pursuing? How will a man dedicated to the pursuit of pleasure survive a woman who refuses to relent, when he knows he cannot have her.

RETRIBUTION : The Rake And The Recluse : Part Six

Perry must find the woman who has managed to capture his heart, then he must find a way to keep her. Someone else is on the hunt, someone from her past who doesn’t appreciate that she still lives and breaths.

NOW it’s your turn, what do you think of the illustrations? What do you think of a full scale illustrated novel? Thank you for stopping by, one lucky commenter will win a full copy of the six-part serial novel as it is released. You will ALSO be entered in the grand prize #WICKEDblog tour, which will be given away on March 1, 2012. Do not forget to include your email address in your comment or you can’t be entered into the grand prize drawing.