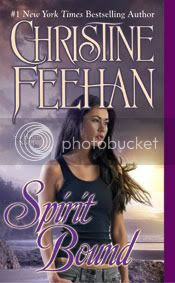 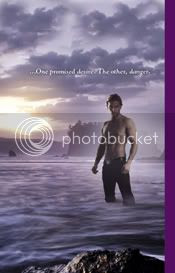 Lethal undercover agent Stefan Prakenskii knew a thousand ways to kills a man—and twice as many ways to pleasure a woman. That’s what made him look forward to his new mission: arrive in the coastal town of Sea Haven and insinuate himself in the life of an elusive beauty who had mysterious ties to his past, and a link to a dangerously seductive, and equally elusive master criminal who wanted only one thing: to possess her.

Judith Henderson was an artist on the rise—an ethereal, and haunted woman whose own picture-perfect beauty stirred the souls of two men who have made her their obsession. For years she has been waiting for someone to come and unlock the passion and fire within her—waiting for the right man to surrender it to. But only one man can survive her secrets, and the shadow she has cast over both their lives.

I am what you might consider a pretty big fan of Christine Feehan. I've read every one of her books many more than once. This new series Sisters of the Heart is good but I'm struggling with the love i felt for the Drake sisters series. I'm not quite there in feeling for this new series what i felt for the Drakes. I love that the new series is set in Sea Haven and that the Drakes are somewhat included but not enough for me at this point. Book number two Spirit Bound is was really good once i got about halfway through it finally picked up and i was really getting into it but this time the story was to wordy. To much thinking in their heads and they are in love right away or obsessed but then you spend half the book with them talking about in their heads. When you get to the action, it's really good. I love Lev and Stefan's interactions and the giving of more details into their history. The kaleidoscopes that Judith makes are really cool and interesting especially when Stefan makes one. I liked them together but i wanted more. Slightly disappointed in the ending of the problem with Judith's stalker guy. I kept thinking that's it? Where is Stefan. I don't want to say i didn't like it because i really did enjoy it. It just wasn't up to snuff for what i was expecting. If you are paying attention you get some interesting glances into Blythe. I have some theories i would love to talk to someone about but i hate to throw out thoughts and possibly ruin something for someone. lol Just pay attention to her parts of this book particularly at the very end and her hands and think of the Prakenskii brothers. There that's a hint at least. 3 and 1/2 stars for Spirit Bound. I so wish i could say 5 stars but i just can't. Hoping the next book is better.


Find out more about this book and read the first chapter on Christine Feehan's website by clicking here www.christinefeehan.com
Posted by Modokker at 1/03/2012 01:00:00 AM