According to Pam Hillman's website this is free for a limited time only. Get it fast if you want it. It's free for Nook as well as Kindle. 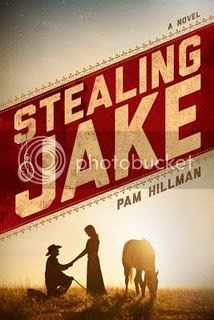 When Livy O'Brien spies a young boy jostling a man walking along the boardwalk, she recognizes the act for what it is. After all, she used to be known as Light-Fingered Livy. But that was before she put her past behind her and moved to the growing town of Chestnut, Illinois, where she's helping to run an orphanage. Now she'll do almost anything to protect the street kids like herself.


Sheriff's deputy Jake Russell had no idea what he was in for when he ran into Livy—literally—while chasing down a pickpocket. With a rash of robberies and a growing number of street kids in town—as well as a loan on the family farm that needs to be paid off—Jake doesn't have time to pursue a girl. Still, he can't seem to get Livy out of his mind. He wants to get to know her better...but Livy isn't willing to trust any man, especially not a lawman.

Read a excerpt more about the author and her other work by clicking here www.pamhillman.blogspot.com
She is also having a giveaway for a Kindle. See her blog about how to enter and details.