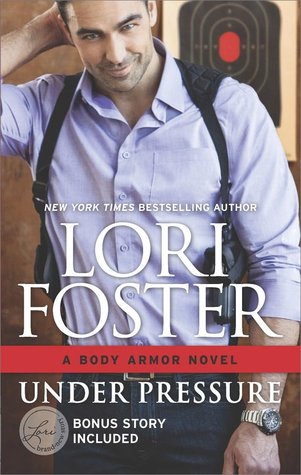 
He can protect anything except his heart
Leese Phelps’s road hasn’t been an easy one, but it’s brought him to the perfect job — working for the elite Body Armor security agency. And what his newest assignment lacks in size, she makes up for in fire and backbone. But being drawn to Catalina Nicholson is a dangerous complication, especially since it could be the very man who hired Leese who’s threatening her.
What Catalina knows could get her killed. But who’d believe the sordid truth about her powerful stepfather? Beyond Leese’s ripped body and brooding gaze is a man of impeccable honour. He’s the last person she expects to trust — and the first who’s ever made her feel safe. And he’s the only one who can help her expose a deadly secret, if they can just stay alive long enough...
Book one is a new spin off series from Lori Foster. Leese Phelps has gone from MMA fighter to bodyguard. Where he lacked as a fighter he thrives as a body guard.  Catalina Nicholson is a girl in trouble. She saw and heard something she shouldn't have and now she's on the run until she can figure out who she can trust. Leese has to grab her and keep her safe.  She doesn't make it easy. She won't give Leese and his boss all the details they need but until she trusts Leese that's all they have to work with.  Leese and Cat butt heads throughout this book but Leese hangs onto his calm. I have no idea how but he does. Cat is a tad bit juvenile but some would also she's strong and proud. She doesn't want Leese to get hurt but she doesn't understand or trust in him enough to let him help her. This book is action packed with characters from previous series and secrets all over the place. Catalina's step dad keeps us wondering is trying to help her or hurt her. The longer you read the more you see where he's going with her. I would have hoped to see her brothers included in the storytoo because who has brothers who don't get involved when their sister is in danger? Over all the book was entertaining. I loved seeing the guys from the previous series and seeing how Leese comes into his own. Can't wait to see what comes next!
Find out more about Lori Foster and this series here www.lorifoster.com
Posted by Modokker at 1/19/2017 01:00:00 AM