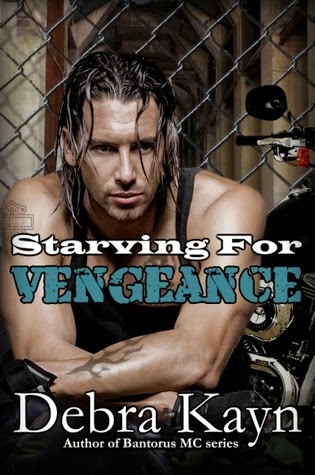 Born into Bantorus Motorcycle Club, Lee Ramchett skirts the law, works secretly for the federal government, and kills. As he grows closer to seeking revenge for what the Mexican mafia has done to his family, his supervisor orders him to go back to Bantorus MC to watch over Shari —one of the available and beautiful Silver Girls. In the chaos Shari creates inside of him, he learns his purpose has more to do with washing his hands free of blood than becoming a lifer, and sets out to end the war between Bantorus MC and Los Li for good.Five years ago, Shari’s Uncle Ted dropped her off in Federal, Idaho to keep her safe after he received threats linking her to Tango, an undercover agent. She works hard to make herself a valuable asset to Bantorus MC, but her charade is compromised when the dangerously troubled nomad biker with more scars and secrets of his own demands her attention. This time, she’s not sure she’ll be able to stay away from the one biker who needs her more than she needs the safety of the club.—Each Bantorus MC novel features a new couple with their own happily ever after.


Finally, finally we get to find out what's been going on with the mysterious Lee Ramchett! If you've read all the related books to this series you would have met Lee as a young boy. He witnessed some terrible things that  involved his step mom and Los Li a mafia group out of Mexico. It was something that stuck with him into adulthood. He became very withdrawn and took off to ride as a nomad. In reality he was working to bring Los Li down and hooked up with Ted Tango who used to be a MC member of his dads but was in reality a undercover FBI agent. Now with a possible end to Los Li he's taken a spot with his brother in the Bantorus MC in order to protect Ted's niece and only living relative.  Shari is Ted niece and has been living a half life in Federal waiting for him to come and collect her and take her back to her old life. She can't let herself get close to anyone because she knows she's there temporarily and she doesn't really belong. Then came Lee. For some reason she can't seem to keep him at bay. He gets under her defenses but in turn let's her a little bit at a time under his. Is it going to be enough? Between their growing attraction and Los Li  and all the secrets you're on the edge of your seat waiting to see what will happen next. Debra Kayn knows how to draw the reader in and deliver a story that a you can invest yourself in. You can jump in with any book in this series and not feel lost. Love that!