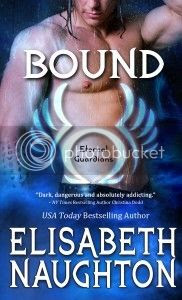 Eternal Guardians, Book 6
Paranormal/Fantasy Romance
MARCH 26, 2013
Book Blurb:
TITUS—To most his gift seems like a blessing, but for him it’s a curse the other Eternal Guardians—those who protect the mortal realm from threats of the Underworld—seek to exploit. One he would gladly trade for the chance to be free…

Possessed. Faced with stopping Natasa or joining in her quest, Titus falls to temptation and is thrust into a world of lust, deception, and deadly treachery designed by the gods. Her touch—only hers—frees him from his bonds, but desire may just condemn him. Because before the end he’ll have to decide which is more important: duty and honor to those he took an oath to defend, or a woman who could very well be the biggest curse to them all. 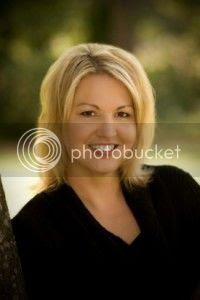 I was never one of those people who knew they wanted to be an author at the age of six. I didn’t have imaginary friends. I didn’t write stories in my journal or entertain my relatives by firelight after Thanksgiving dinner. For the most part, I was just a normal, everyday kid. I liked to read, but I wasn’t exceptional at it. And when my teachers complimented me on my writing abilities, I brushed them off. I did, however, always have a penchant for the unique and absurd. And as my mother told me all throughout my childhood, I should have been an actress—I was a drama queen before my time.
Years ago, my husband bought me Scarlett: The Sequel to Gone With The Wind. If you ever saw the book, you know it’s a long one. I sat and read that thing from cover to cover, and dreamed of one day being a writer. But I didn’t actually try my hand at writing until years later when I quit my teaching job to stay home with my kids. And my husband? After that week of reading where I neglected him and everything else until I finished Scarlett, he vowed never to buy me another book again. Little did he know I’d one day end up sitting at a keyboard all day drafting my own stories.

My writing journey has not been easy. I didn’t just sit down one day, decide I was going to write a book and voila! sell my very first attempt. As most authors will probably agree, the path to publication is filled with hours of work, pulling all-nighters I thought I’d given up in college, sacrifices, rejections, but a love I discovered along the way I just can’t live without. Instead of a big, thick book to read by lamplight (I do read much smaller ones when I get the chance), I’ve traded in my reading obsession for a laptop. And I’ve never been happier.

I’m one of the lucky ones. I have a wonderful family and fabulous husband who put up with my writing—and obsessive personality—even when life is chaotic. More than once my kids have been late to swimming or baseball because I needed just five more minutes to finish a scene. Their support and encouragement mean the world to me. I also have amazing friends and a support network I couldn’t survive without. So to all of you out there who have encouraged me along the way, sent me emails and fan letters, phone calls and congratulations, I just want to say, thank you. You make this whole writing gig that much more enjoyable. I truly wouldn’t be here without you. 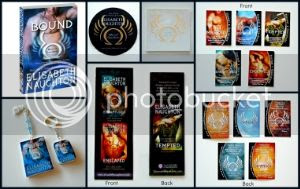