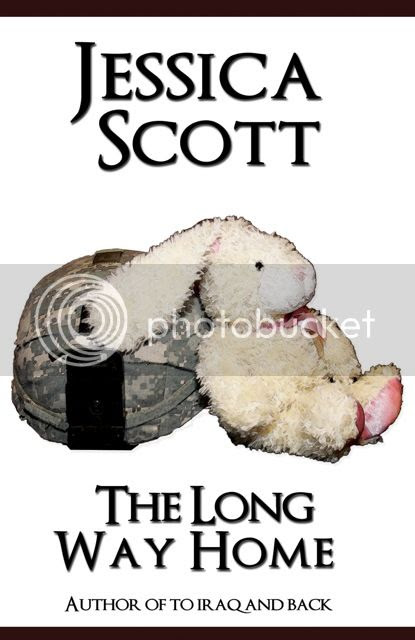 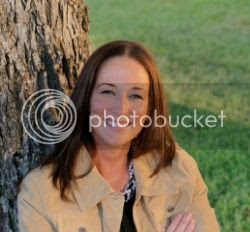 Jessica Scott is a career army officer, mother of two daughters, three cats and three dogs, wife to a career NCO and wrangler of all things stuffed and fluffy. She is a terrible cook and even worse housekeeper, but she's a pretty good shot with her assigned weapon and someone liked some of the stuff she wrote. Somehow, her children are pretty well adjusted and her husband still loves her, despite burned water and a messy house.

Oprah has called her. True story.

Her debut novel BECAUSE OF YOU launched Loveswept, the first Random House digital imprint.

She's written for the New York Times At War Blog, PBS Point of View Regarding War, and IAVA. She deployed to Iraq in 2009 as part of OIF/New Dawn and is currently a company commander stationed at Fort Hood.

Most recently, she's been featured as one of Esquire Magazine's Americans of the Year for 2012.

Connect with Jessica at

Excerpt to The Long Way Home by Jessica Scott

Foreword
In 2009, I kissed my children goodbye and deployed
to Iraq.
I thought deploying would be the hardest thing I'd
ever do.
I was wrong.
Coming home from war is not an event, not a
solitary moment on the parade field. I never knew
what it would take to walk through my front door and
become a mother after a year away.
This is my story of coming home from war. Of
kissing my children and learning to be their mom
again. Of taking command of my company and growing
up from a smart-mouthed lieutenant to more
thoughtful commander. Of being a wife at the end of
the war.
A mom. A soldier. A writer. A wife.
If you’ve been following the journey thus far, thank
you for joining me again. If you’re reading it for the
first time, I hope you enjoy.

Jessica has graciously offered her entire backlist in eBOOk form  to one lucky person who comments on this post Please leave your name and email to be entered. I need to be able to contact you to claim your prize. Giveaway ends Friday March 22nd.