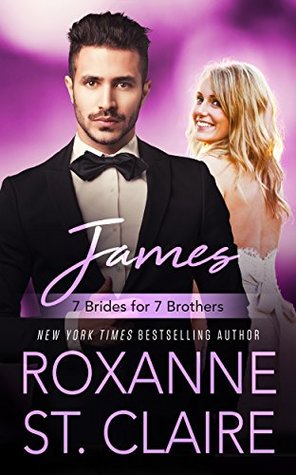 Running a billion-dollar hedge fund doesn’t leave a lot of time for fun in the sun, but that doesn’t bother James Brannigan. After spending his youth helping his widowed father raise six younger brothers, James took a cue from his workaholic dad and channeled all his energy into business. So when he learns that his father left him a tiny winery on the Amalfi Coast, he’s not thrilled. A trip to Italy is the last thing his busy schedule needs, but the winery has to go. Which means…he has to go to the winery.

Kyra Summers is the definition of a free-spirit. In her thirty years on earth, she’s never stayed in one place long enough to put down roots until she arrived in Positano and fell hard for the bold flavors, hot sun, warm people, and above all, the wonderful wine. Her job at a small, local winery is her first attempt to make a real home and the people who run the place start to become like family to her. Until the winery’s new owner, a devastatingly handsome, shockingly ruthless billionaire, arrives with plans to shut it all down. Kyra’s willing to do whatever it takes to save this place she loves—even if it means cozying up to a man who’s harder than granite and twice as cold.

But the Italian sunshine has a way of heating things up—with every fiery exchange, they strike sparks and draw irresistibly closer together. James is stunned by his attraction to a woman unlike any he’s met before, and Kyra discovers a simmering passion hidden behind his polished exterior. But passion won’t be enough to change James’s mind and his priorities, which is exactly why his late father sent him to Italy. Changing James is going to take a much bigger risk—it’s going to take love.

Book 6 of 7 about a group of brothers. James being the oldest is the most responsible. He follows in his dads footsteps as that's what he's always done. He took up for his mom when she passed away in a car accident when he and his brothers were just kids. He filled the gap as best he could and raised his younger brothers. Hi father passed away now too each of the boys received a inheritance of a sort. A envelope with something their father gave specifically to them. James gets a winery in Italy. When he goes there he gets knocked off his axis and everything he thought he knew when he finds himself with bubbly and spirited Kyra Summers. It's fun to watch James once ordered life fall to pieces and become something else. Something better even if he doesn't realize it. Both James and Kyra have things in common and some of those are not so good. There's something going on behind the romance if your not paying attention you might miss it like James did. Then it all comes crashing down on James and Kyra. A excellent read that can be read as a stand alone in the series.

Find out more about this series and Roxanne St Claire here www.roxannestclaire.com