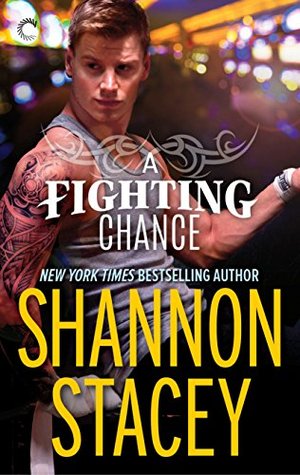 
All work and no play makes Adeline Kendrick a dull girl, so when she heads to a casino resort for a friend's bachelorette weekend, she's ready to have a good time. Until she runs into Brendan Quinn, professional fighter and the one who got away—the one her family drove away—and things take a turn for the interesting.
Running into his ex won't shake Brendan. Even if it brings up the old pain of loving her when she was only slumming. Even if she looks really good. In fact, what better way to get over the past than to take advantage of the still-sizzling chemistry running hot between them? He's there to win an MMA fight, but he won't say no to a little physical relief of a different kind.
But when the weekend is over, Adeline isn't ready to give up her second chance that easily. Brendan is still the one for her, no matter what her family thinks. Now, if only she can convince him of that…
This is a quick little novella. Adeline and Brendan used to date. It was serious for both or at least it seemed like it was for Adeline. Then Brendan broke up with her. Four years later and a chance meeting in Vegas they revisit what went wrong. I really enjoyed this novella but it felt like it needed a little more. More time then a weekend i guess. Adeline was there for a small bachelorette party so while they spent some time together and sorted some stuff out it wasn't enough. Maybe a little more something after the weekend was over was needed. I loved the characters though and it was a fast paced quick read for those who don't want something they can sink their teeth in and read in one sitting.
Find out more about this book and author Shannon Stacey here www.shannonstacey.com