Spotlight on the Bantorus Motorcycle Club by Debra Kayn

Everyone loves to jump into a series, and it's easy to do with Bantorus MC series. Each book features a new couple with a happily ever after of their own. Can you read out of order? Sure. The only benefit of reading them in order is because of the world they live in. None of the books will leave you hanging.

Here's a glimpse into each book

Breathing His Air #1 – Rain is the president of the Bantorus MC. Wealthy and sexy, he owns Cactus Cove bar, the hotel, the garage, and rentals. Burned by women in the past, he's hardened himself to committing to one woman…until he meets Tori, owner of a mobile coffee shack.
Aching To Exhale #2 – Raul is the president of Lagsturns MC (for a while), a rival to Bantorus and a questionable character. He's got a huge secret that could get him killed. He also loves the bad girl that everyone hates.
Soothing His Madness #3 – Slade is a single father of two boys caught in a custody battle and hiding his relationship with the woman he loves.
Grasping For Freedom #4 – Torque, a man of mystery. His past is his own, and life has been hard. Until he meets the woman who brings a little sunshine into his life.
Fighting To Ride #5 – Kurt is the son of Slade, and president of the Bantorus MC, Federal Charter. He was born being responsible and will do anything to pay back Los Li, the Mexican mafia, for scarring his step mother. Unfortunately, when he arrives in town, his plans are falling apart because there's a stripper renting his building.
Struggling For Justice #6 – One of the original Bantorus MC members, Remmy moved to Federal to help start up the Federal Charter as Vice President. The oldest member of the MC at 48 years old, he's lived a wild life full of women and good times. But lately life's been stagnant. Things get exciting as he runs to the rescue of Natalie, who happens to be the widow of the mine owner—who was killed by Los Li. 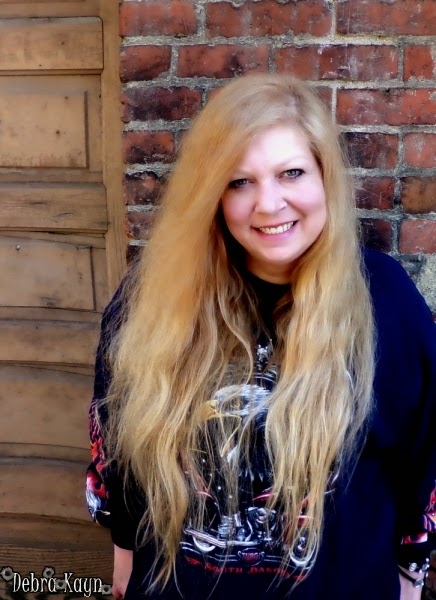 Top Selling Romance Author, Debra Kayn lives with her family at the foot of the Bitterroot Mountains in beautiful Northern Idaho. She enjoys riding motorcycles, playing tennis, fishing, photography, and creating chaos for the men in the garage.

When Debra was nineteen years old, a man kissed her without introducing himself. When they finally came up for air, the first words out of his mouth were...will you have my babies? Considering Debra's weakness for a sexy, badass man, who is strong enough to survive her attitude, she said yes. A quick wedding at the House of Amour and four babies later, she's living her own unbelievable romance book.

Note from Lisa: These books can be read as a stand alone if you want to start with the latest book which is Struggling for Justice.