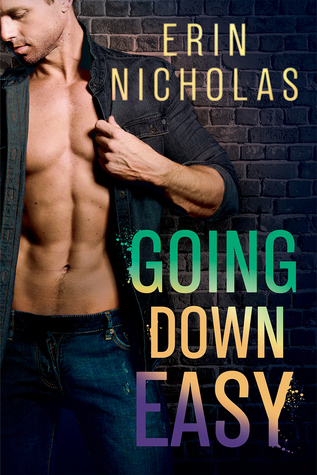 
As far as flings go, single dad Gabe Trahan is pretty sure that Addison Sloan is his best bet. Once a month, Addison comes to New Orleans and then…It. Is. On. Until Addison returns to New York, it’s just hot, happily-no-strings-attached sex. And beignets. And jazz. But lately for Gabe, it isn’t nearly enough.
Sure, maybe Addison’s gotten a bit hooked on Gabe. After all, who can resist a guy who’s so sexy, so charming, and so…available? But maybe he’s too available for her right now. Addison’s just moved to New Orleans, and relationships are definitely off the table. Besides, guys always bail when they learn her secret: she’s a single mom.
Only Gabe’s not running. Worse, he’s thrilled. But Addison never signed up for ever-after romance, and Gabe won’t settle for anything less. Now it’s a battle of wills—and when it comes to the woman he’s falling for, Gabe isn’t above playing a little dirty.
I'm going to start this off by saying this is my very first Erin Nicholas book.  I wasn't sure what to expect but i had heard good things about this author. This is book one in a new series about some great guys living in New Orleans. There is a prequel novella to this series that i have not read and i do not feel that really hampered this book at all. Gabe Trahan and Addison Sloan have been having a once a month weekend affair for a while. Addison coming to New Orleans for business once a month on a weekend trip has been hooking up with Gabe. It's supposed to be just a fling but it's been feeling like maybe it's not. Addison moves to New Orleans without telling Gabe and that's when things get real. Gabe wants more but Addison doesn't want to rock the boat with her  5 year old daughter to protect. Little does she know Gabe has a 5 year old son.  You would think this would make things easier but it doesn't. It's fun watching these two negotiate a relationship with kids. Addison as first doesn't want to have a relationship but once Gabe gets her on board it's him that bail's. A fun, sexy read full of romance even if now and then the kids steal the show. I'm looking forward to book two.
Find out more about this series and Erin Nichol's here www.erinnicholas.com
Posted by Modokker at 8/27/2018 01:00:00 AM