If someone had bet Nell a million dollars that she would be saying “I do” to a complete stranger on national television, she’d have called them crazy, but with her crushing student loan payments sending her deep into the red, she’s out of options. This should be nothing more than a business transaction—until she sets eyes on her groom, and everything changes.
The game is on the instant Luke spots Penelope “Nell” Carpenter. He’s out for the money, yes, but getting a little dirty with Nell doesn’t sound too bad either. Everyone knows he’s not the marrying kind, so it’s a good thing it’s just for show. God knows he’s the worst guy his pretty wife should pick for real.
They have nothing in common, but if they want the grand prize, they’ll have to beat out eight other couples. Proving that total opposites attract should be easy enough…as long as they don’t fall in love in the process.
Nell and Luke both need a hug infusion of cash to pay off some big debts. Both try out for a new reality show not knowing much about it. Nell is pretty sure she won't get picked she's kind of a nerd and a brainiac stick in the mud. Luke on the other hand is kind of the life of the party. Makes friends easily and i open to anything. Complete opposites. They both end up getting in and paired together and then married for the two weeks of the contest. I loved watching these two. Both had some problems in their pasts and very different in nature. It's kind of a rocky start to say the least but these two slowly come together. Luke could easily have been a jerk as Nell was really hard to get along with at first but he gets her to open up and he's patient. He sees things in her she doesn't see in herself. You literally watch her confidence grow. Luke seems like he let's nothing slow him down but Nell is this immensely smart woman and he didn't finish high school. Yet she makes him feel brilliant. Like all good stories there someone working against them. Other competitors and the shows producers needing that high ratings and when their finally ready to let the world know they've fallen in love in all comes crashing down. I admit i laughed alot reading this. It's easy to get lost in these two. I do not watch much reality TV especially shows like this one so I didn't think I'd enjoy this the way i did. A definite fun read. 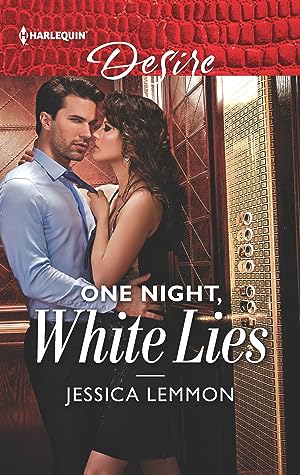 She needs to kiss him…before he figures out who she is! Reid Singleton just had the best sex ever. When the brown-eyed bombshell turns out to be Drew Fleming—his best friend’s sister all grown-up—Reid can’t decide if he’s furious at her ruse or ready for round two! Drew is determined to tame this stubborn bachelor. But she isn’t the only person from Reid’s past who will change his future…

Reid is the last of his group of friends to hold out on a marriage pact they made together. One by one they fell but he's got a secret that none of them no. One that will hold him to that no marriage pact. Then his best friends sister knocks him on his butt. Drew has had a crush on Reid forever. When she runs into him at a event while she's filling in for her friend for he doesn't recognize her. She decides to let it play out and take her one night with Reid. Thinking that's all she's ever going to have she promises herself she'll confess to him in the morning. Except it turns out not to be just a one night thing. I loved this book. For a shorter book, around 225 pages it packs a wallop.  Somehow the author tells a story that feels a whole lot longer than it actually is. I loved Reid. Poor guy is more beat up on the inside than even he thinks he is. Drew has her own insecurities and Reid good for her but Drew is everything Reid needs.  In the end it left me wanting more. Thank goodness there's another book coming in this series.

Find out more about Jessica Lemmon and this series here www.jessicalemmon.com
Posted by Modokker at 7/04/2019 07:06:00 PM No comments: 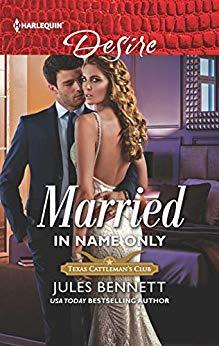 Here comes the blackmailed bride...and her Texas Cattleman’s Club groom! Paisley Morgan just discovered that Texas’s most infamous billionaire could be her real father. Now she needs the help of her infuriating and incredibly sexy ex, investigator Lucas Ford. But Lucas will accept only one payment: Paisley’s hand in marriage. But will his thirst for revenge outlast their passion-filled nights as Paisley proves to be much more than a wife in name only?

Paisley Morgan needs her ex boyfriend Lucas Ford to help her find out the truth about who her dad is. Unfortunately she broke up with him a decade ago in a note. Yes a note. She hasn't seen him since. Lucas is angry at the way Paisley left him and when she walks into his office needing help the old attraction is there but the help she needs fits right into his plan to take down a man who destroyed his father. Perfect right? They can help each other out. He wants a wife and hopefully a heir. Love though he doesn't need. Paisley isn't looking for love either or so she thinks. This is a quick read. The two of them sizzle on the page. Bad boy Lucas doesn't think he needs love but he finds it anyway.  He might just figure it out to late though. I loved these two together but i did want to kick Lucas' butt a time a two. Great beach read!!